On 30 January an enhanced Environment Bill was reintroduced to parliament following its previous failure to pass through, due to the general election in December 2019.

The Environment Bill has been prepared through numerous public consultations on a wide variety of measures, including environmental governance, clean air strategy, biodiversity, extended producer responsibility for packaging, recycling and a deposit return scheme for drinks containers.

The purpose of the Bill is to act as a key driver for delivering the vision set out in the government’s 25 Year Environment Plan, enshrining environmental principals in law, giving power to introduce new legislation and for a new government department to be formed, the Office for Environmental Protection (OEP), that will scrutinise policy and will be able to take enforcement action against local authorities if required.

The Bill was previously released in October 2019 and not only paved the way for significant changes to Extended Producer Responsibility - including full net cost recovery, modulated fees, a new central body and a Deposit Return Scheme - but also set out the measures for government to take back control of environmental legislation after Brexit. However, due to the general election in December 2019, it failed to pass through parliament. Its reintroduction was first announced in the Queen's speech before Christmas.

At the end of January 2020, the day before the UK officially left the EU, the Bill was again presented to parliament, but this time with some notable enhancements. On its release, the Environment Bill 2020 policy statement claimed that it will ‘help deliver the government’s manifesto commitment to delivering the most ambitious environmental programme of any country on earth. It is part of the wider government response to the clear and scientific case, and growing public demand, for a step-change in environmental protection and recovery.’

The 2020 Environment Bill contains two new commitments, in addition to those previously tabled. Firstly, a new power to stop the export of polluting plastic waste to less developed, non-OECD countries is hoped to lead to more domestic waste being treated in the UK, however government is yet to consult with stakeholders on the specific restrictions or prohibitions. 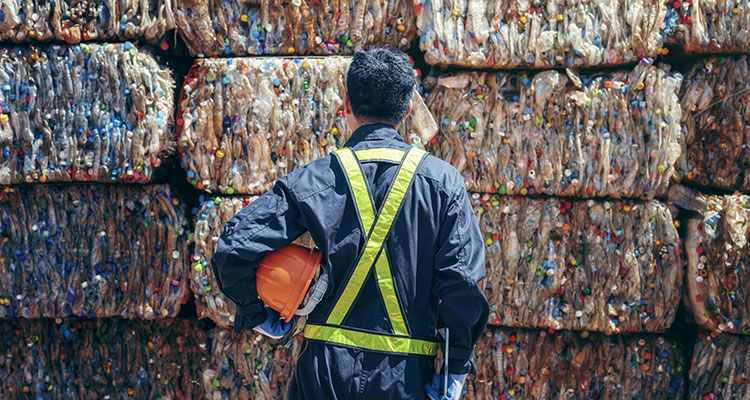 Reaction from industry has been mixed however, with Phil Conran, chair of the government’s Advisory Committee on Packaging commenting in Lets Recycle that the ban may not have that big an impact as 80% of plastic waste exports already go to OECD countries, and no detail for how far the ban will go is set out in the Bill. Clearly, industry must wait to see the actual impact this legislation is set to make and if it will be coupled with increased investment in UK infrastructure, to take up the proposed increase in domestic treatment of waste.

A second commitment has also been introduced into the 2020 Bill, to conduct a two-yearly review of international environmental legislation to inform UK policy. However, this provides no legally binding commitments to ensure the UK will meet or exceed legislation abroad, giving scope for the UK to pick and choose as it sees fit and potentially lag behind other countries.

Time to wait and see

Commenting on the new Bill and the new commitments, Robbie Staniforth, head of policy at Ecosurety, said “It is pleasing to see that the government have not tinkered with the bill too much over the last few months. As with the first time it was introduced, it will provide far reaching powers to improve environmental laws in the UK, when passed."

"However, this piece of primary legislation will only be deemed a success if complementary secondary legislation follows closely behind it. While the bill does a good job of giving the government the scope it needs, we will have to wait to see how these powers are subsequently exercised before passing meaningful judgement.”

Government will now need the Bill to pass a first and second reading in Parliament, which it is expected to do without any problem due to wide support from across the political spectrum. Next it will go before committee which is where the enormous amount of detail is expected to be scrutinised, debated, refined and confirmed. Several public consultations are also expected in 2020 on packaging, batteries and WEEE, which will also help to inform the detail of future legislative changes.

Ecosurety will be responding to these consultations and will provide guidance to our members so they are fully informed to make their own response. You can request a copy of the responses to the 2019 consultations submitted by Ecosurety by clicking here.