The Ecosurety team recently undertook the Thee Peaks Challenge of climbing Ben Nevis, Scafell Pike, and Mount Snowdon in 24 hours to help raise funds for Bear Wood at the Bristol Wild Place Project. Here's how we got on!

The Wild Place Project (part of the Bristol Zoological Society registered charity) aims to inspire families to enjoy nature and to discover wildlife from the UK and around the world, with an emphasis on protecting threatened habitats on our doorsteps and around the globe. Bear Wood is an exciting new development due to open in 2019 that will transport guests back in time to when the woodland was inhabited by European brown bears, European wolves, Eurasian lynx and wolverine, showcasing the effects of woodland loss on our native animals. It is the story of what was, where we are now and what is still at stake.

So at the end of June, 12 of the Ecosurety workforce left Bristol at 7am on a Friday morning full of anticipation and excitement, and all arrived back at work on Monday elated, disorientated, exhausted and slightly broken! 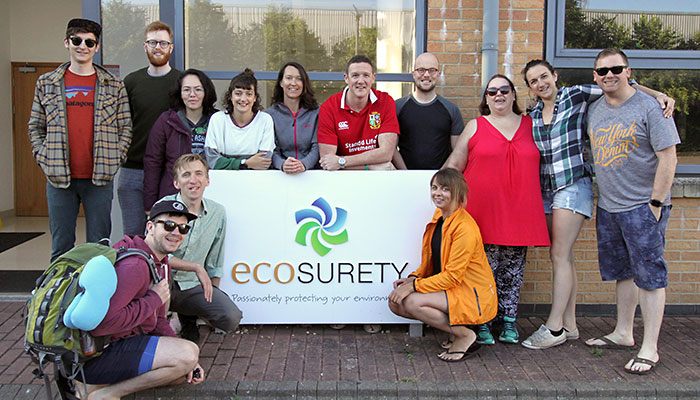 The 3 Peaks team at 6.30am as they prepare to leave Ecosurety HQ 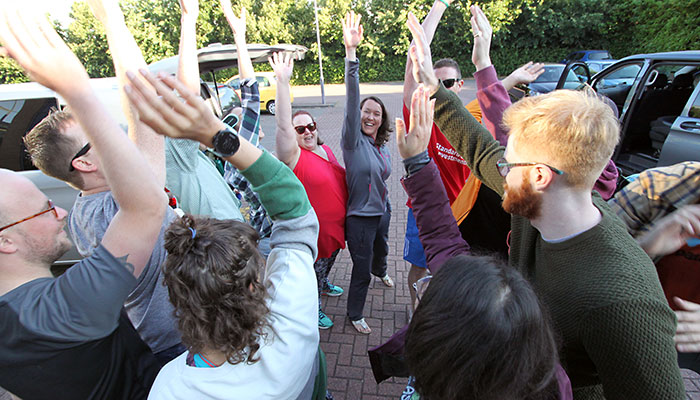 Gooooooooooo Ecosurety! A morale boosting cheer before the 12 hour drive to Ben Nevis

We are delighted to have taken on this challenge to help raise funds for a great cause, and there have been talks of possibly running it next year. Here are some of our key learns and a quick snapshot of each mountain hike.

One of the great outcomes of this challenge was supporting other people in the company who we don’t usually work with, getting to know them on a much more personal level. The hardest part of the challenge is to keep yourself motivated and everyone eventually had found someone that had a similar physical ability to themselves, making it much easier to support each other at the hardest of times. 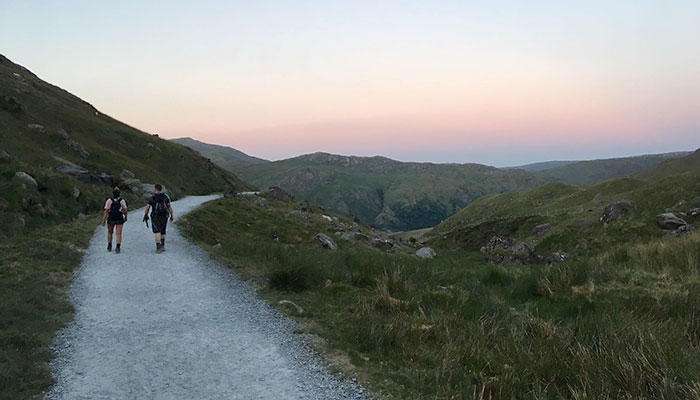 Up against the clock

We set an optional 24hr target for this challenge, to climb up and down all three peaks. Without the pressure of putting a 24hr clock on everyone, it allowed each person to have their own, personal achievement at the end due to the variety of different levels of training and physical abilities within the team. However, we can declare that the fastest Ecosurety colleague managed to complete all three of the highest peaks in the UK in 22 hours and 58 minutes, which is an incredible achievement! Although, it might mean that we need to complete a few marathons and start a running club if we are all to achieve such a good time.

Of course, Apple watches and FitBits were out in full force to keep track of our pace, calories and step count. As a group, we collectively achieved over 500,000 steps, which amounts to a lot more than the average of 2-3,000 steps that are done daily in the office.

The wonder of technology

In preparation, during, and after the three peaks challenge, the ten Ecosurety colleagues set-up a messaging chat group using a popular app. Through this group chat, we managed to collect many memories through numerous photos and comments. 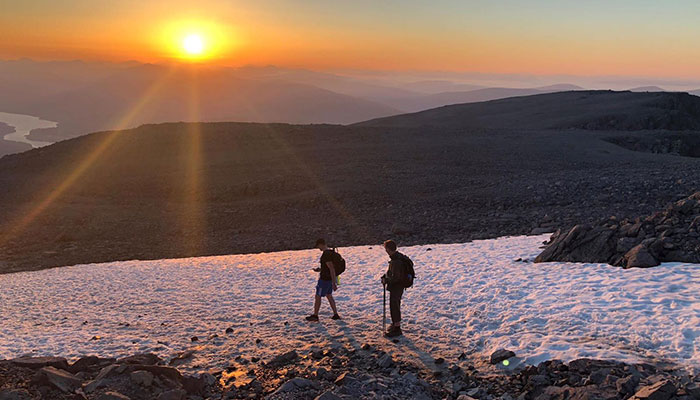 At the most painful times, photos of others summitting at the top encouraged those still climbing to power on through (even if they had 10-20,000 more steps to do…). It is really key for safety also. This was a great way for the drivers of the group to keep track on timing, continue encouragement, and keep track on the safety of others on the trip.

The power of social media was also used a lot! As we made our way to summits, we made sure to upload photos to Facebook and Twitter. Rapidly, the donations came in and we can confirm that we manage to hit our goal of £3,000 for this particular challenge, with a grand total to date of £3,280.63 including gift aid! And it's not too late to help increase our total even further by donating here.

Ben Nevis – the start from hell

It was 7pm and a 33 degree celsius heatwave. As one of the longest and hottest peaks that we had taken on, this was a really tough start, but the team were not to be defeated – helped by a huge Toby Carvery beforehand! We had to ensure that we took this peak much slower and steadier for safety precautions to pace ourselves for the other two peaks that were to come our way. 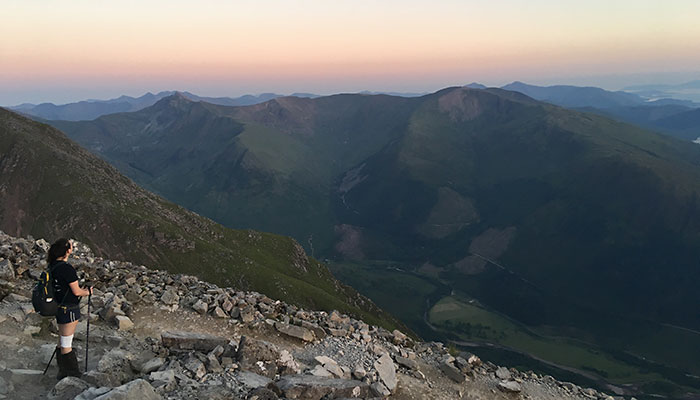 This particular peak was celebrated with a tipple of whiskey, a Guinness World Record (to be confirmed) of catching a peanut in one person’s mouth at the tallest height, and sadly one walking pole lost due to an unsecure fastener.

5:30am. With only a couple of hours sleep from Ben Nevis, and we started again. However, this time with determination and a collective consumption of 40 chicken McNuggets consumed by 5 of the group to embark on this next adventure. The climate was MUCH cooler than Ben Nevis, which allowed for an easier start. By this time, many people had found a partner or group that had a similar physical ability which allowed for a stronger start. The walk ascended into more of a clamber over rocks to the summit to reach the top. 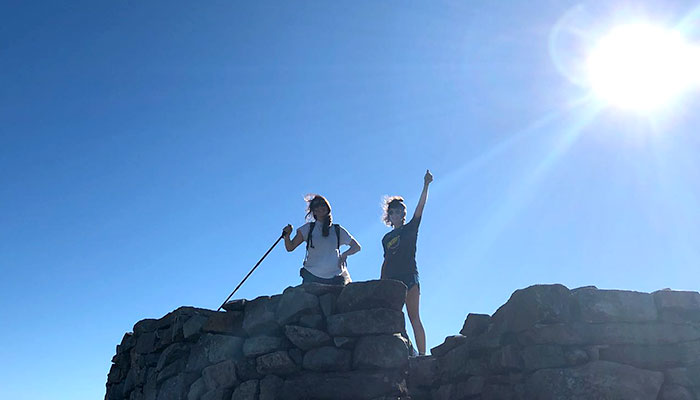 As we descended the mountain, the sun started to make an appearance and it was then we knew we had started at the right time as we passed hot, exhausted faces of other climbers on the way up.

Snowdon – the triumphant scramble to the end

6pm. The last mountain lay before us and the energy levels were low to say the least. However, with the beautiful scenery of North Wales surrounding us and a carb-loaded meal to end the challenge, good spirits were present. Snowdon required a monstrous task of climbing and scrambling to the top and many jelly babies and wine gums were consumed to reach the last hurdle. Be warned – as you climb up the mountain do not look up - the peak is in sight the entire way. The climb back down really does seem to go on forever too! 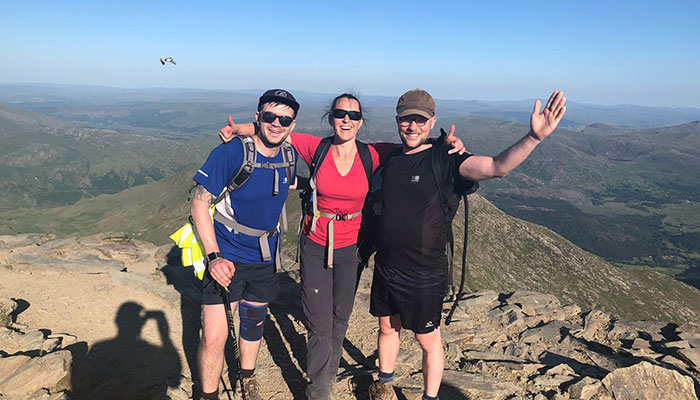 As we stayed in quite a secluded area near Snowdon, there was not a Dominos or greasy takeaway in sight until we finally found an Indian buffet at 11pm to satisfy our cravings for calories, and of course a couple of beers to toast our success!

The legacy of our achievement

Now that a couple of weeks have passed and the blisters have healed, it’s great to reflect on what an achievement it was to complete the challenge as a team. One of our core values at Ecosurety is to never leave anyone behind, and it’s hard to think of a better example of our team demonstrating this behaviour.

Right from the start our diverse group of colleagues have all been passionate about the purpose of this challenge – to create a change for good and help contribute to protecting our environment and enabling kids from all backgrounds to enjoy our natural habitat, not to mention learning about human impact on biodiversity. This focus has given the opportunity for all those involved to demonstrate their leadership, organisational attributes, passion for our purpose as a business, and above all team work. This was evident in the organisation of the complicated logistics and when overcoming the significant emotional and physical challenge we undertook together.

The whole of the Ecosurety Team are extremely proud of all those who took part and helped support this challenge, and we are delighted to have exceeded our target of £3,000 which goes towards our big target of £10,000 for the year, to go towards the development of the classroom at Bear Wood.

Now, we are looking ahead to the rest of the project where we will be hosting a fundraising gig and a black tie gala dinner and auction to help us reach the ultimate goal of making a lasting difference. Watch this space! 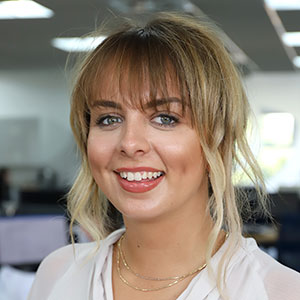 Alice joined the team 2015 after graduating from the University of Reading with a BA in History. Eager to put her keen research and analytical skills to good use, and with valuable experience in retail, sales and finance, she was a very welcome addition to the company. As business development manager Alice works with obligated producers across the packaging, WEEE and batteries regulations to see how they could be making a more meaningful impact with their obligations.


Our final Q&A during B Corp month focuses on governance and what it means to be a 'better business', with CEO Will Ghali.


Defra have released their final WEEE collection targets for 2021, based on data that excludes 2020 collection performance.

Read More >>
Ecosurety commits to be net zero before 2030