The Department for Environment, Food & Rural Affairs (Defra) is currently requesting feedback on two proposed methodologies for the UK WEEE compliance fee to be selected by the Secretary of State, Michael Gove MP.

The compliance fee was first built into the WEEE regulations in 2014 when they were amended to cater for industry feedback.

The revised WEEE regulations had a variety of changes from its predecessor, including the compliance fee which was included as an alternative form of compliance for Producer Compliance Schemes (PCS). It offered a pragmatic improvement on the previous iteration which led to PCSs being forced to buy surplus evidence from one another without rules on what price could be set.

This mechanism is not a guaranteed lifeline for schemes, but can be granted on an annual basis should the market circumstances require it and is principally a financial contribution from PCSs into a central pot that can be awarded to initiatives that promote WEEE collections. The design is set to promote compliance through traditional means of procuring evidence based on obligation and as such offers a less cost-effective way to maintain compliance.

An argument could be made that since the compliance fee has been accepted for the third year in a row, it has become an expected entry into the WEEE calendar. Irrespective of the methodology used to determine the compliance fee, the question remains of whether this is an optimum approach to ensure WEEE is collected in the UK.

The two proposals on the table are contributed by Valpak and the Joint Trade Association (JTA) respectively. There are no fundamental differences to previous versions from the same bodies. One of the prime differentiators between the two options is the JTA’s focus on an escalated cost for PCSs that is dependent on a percentage difference.

In practice, if a small and large PCSs find themselves with the same shortfall of 100 tonnes, the smaller scheme will be required to pay more as their shortfall represents a larger percentage of their overall tonnage. This disparity offers further hurdles to WEEE compliance schemes and disincentives open market conditions. 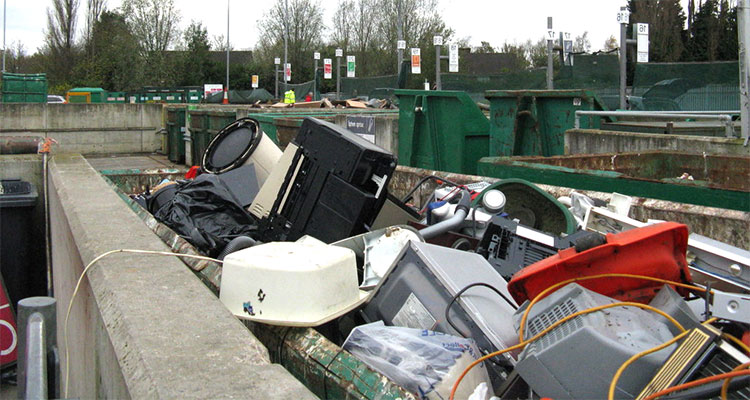 Of the two options on offer, there are slight variants between the two, which could leave voters non-plussed. On the balance of play, the JTA offering has a fundamental roadblock which could serve to create a divide between the smaller and larger WEEE schemes.

The concept of the compliance fee as it current stands with these two options perhaps deserves scrutiny as a whole, especially when one considers two primary indicators of the industry’s success:

One of the areas that perhaps needs to be considered is the primary goal of reaching the targets in the first instance, drawing reference from the packaging and batteries regulations. Robbie Staniforth, policy manager at Ecosurety, said there are good and bad sides to both proposals.

“I think the problem with both proposals is that they prioritise collections from local authorities. Nowhere in the WEEE regulations does it actually say that local authority collected WEEE is more valorous than from elsewhere. Other aspects of the proposals seem sensible.

I think those who are not a part of the Producer Balancing System should pay more as they have decided not to take their fair share of WEEE available through this flawed, but necessary, system.

However, with regards to the JTA proposal in particular, I think this shows a form of big-scheme bias. There is no reason why a compliance fee should be made cheaper for the bigger schemes. The difficulty in fulfilling obligations due to magnitude is cancelled out by market dominance.”

Ecosurety will be responding to the consultation in due course and the final result will be announced in February 2019. If you would like to discuss the consultation with our team, please contact us.