Ecosurety to launch new approach to PRNs this autumn

Circularety provides a revolutionary way for producers and reprocessors to work together, increase investment and transparency inside the PRN system

Ecosurety, one of the fastest-growing resource efficiency specialists in the UK, will next month launch a revolutionary new way for producers and reprocessors to work together inside the PRN (Packaging Recovery Note) system.

Circularety is aimed at injecting more transparency into the PRN market, and will enable producers to more clearly see where their PRN obligation money goes, as well as allow reprocessors to create tangible outcomes for PRN investments.

Circularety will be unveiled at a free dinner in London on 27 September, to which the UK’s producers and reprocessors are invited. Places will be allocated on a first-come-first-served basis.

Over £565m has been spent on PRNs since the system was created in 2007, with over half of this spent on export PERNs. During 2015, PRN prices across all materials have fluctuated by 653%.

There are six general categories into which PRN obligation money can be reported by reprocessors: infrastructure and capacity projects, funding collections, cost of complying, future investments, and communicating about recycling.

The decision to launch Circularety was made after years of listening to producers and reprocessors express frustration, explains Ecosurety managing director James Piper.

“The PRN system has had a significant impact on recycling rates in the UK, but for some time it’s been widely acknowledged  that it is imperfect. Many producers simply want to get on with the day job, rather than worrying about when is the best time in the year to purchase PRNs. Reprocessors want to be able to plan their investments more strategically and get value from their evidence. This year Ecosurety has decided to take decisive action to improve the PRN system for all.

Circularety will be launched at the Grand Connaught Rooms, London. Producers and reprocessors interested in signing up can do so here. 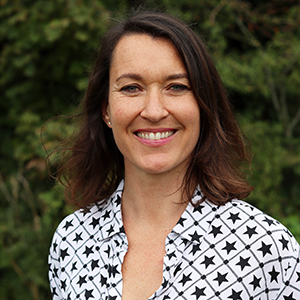 Stéphanie joined Ecosurety as marketing manager in 2015 after 15 years performing operational and strategical marketing roles in both B2C and B2B global businesses. In addition to shaping the marketing and communication strategy, she is in charge of moving up the dial on Ecosurety’s social and environmental impact by driving the sustainability strategy.