With the release of the Q3 figures for the UK’s portable battery collections, large positive gains have resulted in the strongest quarter to date for 2018, and put the UK in a position to see hitting target for the year as a viable proposition.

A hint of caution must be urged, however, as similar increased efforts are required in Q4 for this to be reached, and the possibility of coming up just short remains apparent.

The data, published by the Environment Agency on 30 November, represents a highly positive – and necessary – step in the UK’s bid to meet the collection rate target of 45% for the year. Though the figures suggest the UK is still slightly behind the ideal position to secure this, it is difficult not to be pleased by the quarterly numbers, especially should the trend continue for the remainder of the year and on into 2019.

A surge in mixed household batteries

At the heart of this improved set of figures is a dramatic increase in the collection of mixed household batteries, reporting levels of collection that rank amongst the highest seen since the regulations took effect in the UK. A 42% jump in overall battery collections from the second to third quarter of 2018 saw the UK collect 4,635t of waste portable batteries, a figure that would see the UK hit target with ease were it reflected in all four quarters.

This, however, was underpinned by an increase in mixed household batteries of approaching 250% in the same time-frame which, as well as improving the UK’s position in relation to tonnage targets, also helped to readdress the balance of battery chemistries collected.

The hope remains that this large increase in battery collections is the beginning of a trend and is not an anomaly as, although efforts are being made to increase battery recycling infrastructure in the UK – as seen by Ecosurety’s work in establishing a UK-based battery recycling plant – fundamentally the need for the material itself is of primary importance.

To that end, Ecosurety also launched the second instance of its #BringBackHeavyMetal campaign, focusing on home battery collections to positively impact the recycling rates in the UK and it is of particular pleasure to see this increase in collections in the same time period.

If the UK is to meet the 45% collection target, then high collection figures must continue into Q4 to address the slight deficit the UK currently finds itself in. With the UK collection rate for 2018 currently at 69.5% of the annual obligation, when it should be at least 75% by Q3 - we hope that the recent collection successes continue for the remainder of the year.

It must also be cautioned that the small producer exemption – a mechanism whereby some battery producers are not required to finance battery collection, as explained here – has previously resulted in a shortfall against target, and while this continues to remain, the UK could find itself missing targets by small margins yet again.

Despite the work required ahead, Robbie Staniforth, policy manager at Ecosurety, believes the figures should be received warmly.

“We are heartened to see the sharp increase in mixed household batteries reported in Q3. This last period has seen one of the highest levels of collection since the regulations began 8 years ago and coincides with the second year of our #BringBackHeavyMetal campaign to promote retail collection points. Although the UK is currently a little behind the target, we anticipate another period of high collection in Q4.”

If you would like to know more about the release of the Q3 figures, or how your organisation can support #BringBackHeavyMetal in 2019, please contact us to find out more. 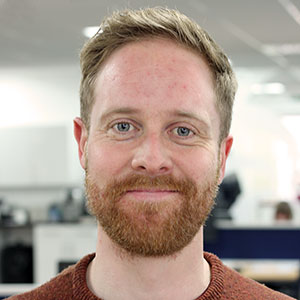 Josh works in the client services team to provide key support to our members, helping them to fulfill their compliance obligations accurately and on time. Having studied criminology at Manchester University there is no detail or inconsistency too small for him to miss, an advantageous skill in the world of compliance. A previous role working for one of Europe's largest IT solution providers as an account manager also means that he brings key skills and experience to benefit our members.