The low-impact BOSS process relies on baffled oscillation to create eddy currents in water that can separate floating particles of material according to their density, enabling them to be accurately and automatically separated.

The process has succeeded in separating mono-layer polyolefin films from batches of mixed post-consumer flexible plastic film, to purities of up to 95+% and at a rate of two tonnes per hour.

A significant barrier to increasing the recycling of post-consumer flexible plastic waste is that existing recycling technologies are unable to accurately identify and separate mono-layer and multi-layer flexible plastic films which visually look the same, meaning they cannot be effectively recycled into high value film that can be used again.

This issue has become increasingly urgent for the producers of flexible plastics with upcoming EPR measures, including a Plastic Packaging Tax on plastic that contains less than 30% recycled content due to be introduced in April 2022, set to significantly increase their responsibility for the material they place onto the market.

Funded by the Ecosurety Exploration Fund

The BOSS-2D project by Newcastle-based Impact Recycling was fully funded via the first round of the Ecosurety Exploration Fund and kicked-off in December 2020. Within only nine months the project has completed all planned objectives and concluded with a successfully commissioned, large-scale prototype that has been rigorously trialled using real-world batches of post-consumer mixed flexible plastic waste. 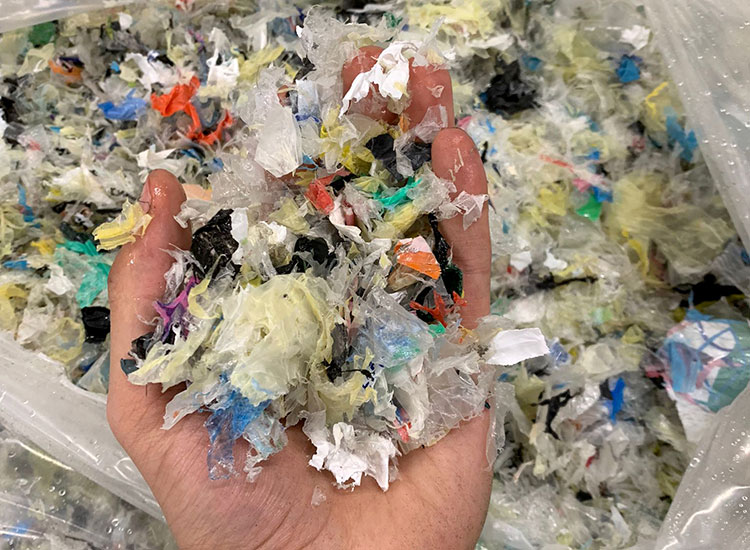 Further refinements are planned to additionally separate the monolayer stream into separate polypropylene (PP) and polyethylene (PE) streams. Opportunities are also being explored with a third party to de-bond the multilayer waste stream so it can be fed back through the BOSS-2D process again, to separate the de-bonded polymer types ready for recycling.

Importantly, opportunities are being explored to build a 25,000 tonne capacity commercial demonstrator plant that will separate mono-layer polyolefin films to be recycled back into high-grade consumer products, potentially increasing UK recycling capacity by 500%. Licensing opportunities are also being identified so the technology can be utilised by other reprocessors.

"By enabling efficient, accurate and automated separation of material types there is no longer a barrier for the material to be readily re-used in new high-grade packaging as recycled content, at a scale required to drive meaningful change.”

David Walsh, CEO at Impact Recycling, commented “The Ecosurety Exploration Fund enabled us to successfully take the BOSS-2D technology from lab scale to pilot plant. This validation of the technology provided the means for an application to Innovate UK for grant funding to build a full scale 25,000 tonne commercial demonstrator plant, the first of its kind for post-consumer flexible plastic."

"All of this has been achieved in less than 12 months; it simply would not have happened without the support of Ecosurety.”