Today the Environmental Audit Committee (EAC) released their report detailing recommendations for addressing concerns around the increasing use of disposable coffee cups.

Following on from their report on plastic bottles at the end of 2017, the EAC have now called on the Government to introduce a 25p tax, with the aim of recycling 100% of coffee cups by 2023. They have also suggested that if the target is not achieved, all disposable coffee cups should be banned by the Government.

Compelling evidence about the problem

According to evidence heard by the panel in October 2017, 2.5 billion coffee cups are disposed of each year and less than 1% are recycled. The EAC also report that around half a million cups are littered each year.

Ecosurety Policy manager, Robbie Staniforth commented: “It’s great to hear a call for drastic action, and frankly, to see environmental issues in mainstream media. What’s disappointing though is how they have looked for the simplest solution, rather than the best.

The coffee cup issue should not just be a headline grabber

“We agree with, and in fact have been calling for, the funds raised from producers to be linked with developing recycling infrastructure, innovation and awareness. However, let’s not just look at the minutia of coffee cups as their environmental footprint is tiny! The Government are in the process of reviewing the whole producer responsibility system for packaging. The coffee cups issue should fit into a much wider framework and not just be a headline grabber with its own separate system.”

The committee have linked the reason for recommending the 25p levy to the success of the single-use plastic bag charge, which they say has “reduced plastic bag use by over 83% in the first year”.

However, Robbie continued: “You’re not comparing apples with apples. The difference between carrying a re-usable cup wherever you go in case you want a coffee versus a reusable shopping bag for when you go to buy groceries is vast. The levy won’t be enough to make people switch to a reusable cup so we’re simply looking at driving revenue to improve recycling, which should be part of a much wider scheme.”

The Government’s Department for Environment, Food and Rural Affairs (Defra) have two months to respond to the recommendations.

You can view an interactive report here. 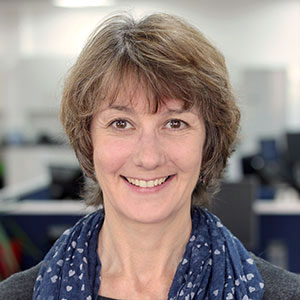 Karen joined the team at the beginning of 2016 and supports both the compliance and marketing teams, helping to co-ordinate member interactions through the provision of administrative support.


The funding has been launched by WRAP and is open to all retailers, manufacturers and supply chain partners.


In my latest article for CIWM Circular Online, I explore what changes are needed in new legislation for packaging compliance and whether they are best delivered through competition or co-ordination.

Ecosurety members give thumbs up to going beyond compliance