2013 Q3 recycling figures, is this a mixed result for the PRN markets?

On 22nd October, the Environment Agency published the recycling data for Quarter 3 2013.

The figures appear positive for both the glass and plastic markets, where the recycling rates have continued to increase from the data published earlier in the year. The plastic figures are particularly the most reassuring, as earlier in the year it looked as though this material in particular could struggle to meet the overall recycling target. Despite this, there are still factors influencing the PRN market that could result in the prices remaining high for the rest of 2013.

The figures show that the level of recycling for plastic has increased since Q2 as 195Kt were recycled in the Q3 period, compared with 165Kt in the previous quarter. This is over the required figures for Q3 of 170Kt. These figures are largely due to the increased price of Plastic PRN's for 2013. This has caused a large level of investment within plastic recycling, which in turn has driven 30Kt of extra recycling in Q3. However, pressure is likely to remain on the plastic market as schemes look to ensure compliance for their members.

The introduction of Operation Green Fence at the beginning of 2013 had a large impact on the plastic PRN market. With 65% of recycling coming from overseas reprocessors in 2012, since the announcement that China, the largest foreign producer of Plastic PRN's, would be restricting the amount of plastic it accepted for reprocessing, the price increased rapidly throughout the year. The shortfall in tonnage as a result of this was met with a 30% increase in the number of new reprocessors becoming accredited to issue PRN's between 2012 and 2013. It will be interesting to see whether a potential decrease in the price of plastic PRNs as a result of these figures will mean that export reprocessors will drop out of the system. Therefore, in some ways, it can be argued that the security in the plastic market is dependent upon the PRN price remaining high.

Also, with the recycling targets set to rise by 5% in 2014, stability in the market can only be achieved by increasing the long term investment in the Plastic recycling market. Reliance on new, short term sources of PRN's will only foster the long term instability in the market and therefore keep prices artificially high. With this in mind 2014 poses challenges for producers, schemes and reprocessors alike. ecosurety have been working extremely hard with our recycling partners to achieve the best rates possible for our members throughout 2013 and are confident that we will remain competitive against the market average and other Compliance Schemes.

Glass figures published within the Q3 recycling figures show the UK is on target to meet its overall glass recycling target set by the EU. However, the introduction of a split target in 2013 has proved problematic for the market. It now appears that recyclers will not be able to fulfil the markets demand for aggregate, forcing some producers and schemes to purchase a larger level of their glass obligation in the more expensive Glass Remelt PRN. This could cause a spike in demand for Remelt PRN's and push the price past the current mark of £75 per tonne.

By identifying and reacting to the early warning signs in the market, ecosurety has secured all of the necessary tonnage to cover our members' glass aggregate obligation, so that they will not be exposed to higher pricing as a result of substituting glass aggregate with remelt PRNs.

Moving forward, DEFRA has announced plans to perform a consultation on the glass recycling rates for 2014 onwards, with the aim to reduce the target to alleviate the market pressures experienced by producers throughout 2012 and 2013. DEFRA's aim is to readjust the market, in light of the fraudulent activities carried out by a number of recyclers in 2012. These activities saw an overestimation of over 300Kt of packaging material available for reprocessing, creating a supply "bubble". Once these activities came to light, the Environment Agency were quick to withdraw the effected supply, however the demand on the market is still based upon the 81% recycling target. This Consultation seeks to amend this and bring the market back into harmony.

Whether the target is amended in 2014 is yet to be seen, however investment in the Glass market is needed replace the lost capacity caused by these fraudulent reprocessors. Changing the target will help to spread the financial impact of this over time but is it just kicking the can down the road…?

The figures for paper, wood, steel, aluminium and recovery have continued to increase from quarter to quarter and have consistently remained on track to meet the 2013 recycling targets.

This month we are holding a FREE PRN webinar, to give an overview of the markets past, present and future! We will be emailing further details shortly.

If you have any specific concerns or questions relating to the PRN market and how potential changes may affect your business, please don't hesitate to contact the Compliance team on 0845 094 2228 or email info@ecosurety.com. 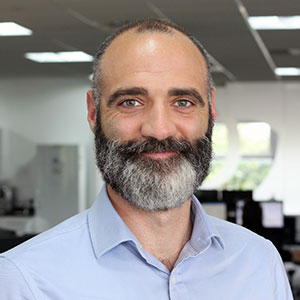 Having gained a wealth of experience in regulatory affairs, waste issues and secondary commodity market analysis, Robbie uses his skills internally as an operational board member and externally to influence legislation change as head of policy. He is responsible for liaising with government, regulators and industry organisations to articulate complex views and interests and to provide high-level policy expertise, industry insight and market analysis to our members.


The funding has been launched by WRAP and is open to all retailers, manufacturers and supply chain partners.


In my latest article for CIWM Circular Online, I explore what changes are needed in new legislation for packaging compliance and whether they are best delivered through competition or co-ordination.

Ecosurety members give thumbs up to going beyond compliance