The company initially engaged ecosurety in 2007 to help it deal with its Waste Electrical and Electronic equipment (WEEE) obligations in the UK. Following this initial success and the professionalism showed by ecosurety, it approached the leading resource efficiency specialist in 2008 to also help it deal with its packaging compliance and one year later, to oversee its battery compliance obligations.

Since it began working with ecosurety, Ann Summers has become compliant across all three areas of its waste obligations. 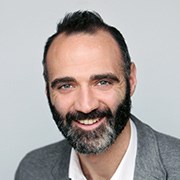 Ann Summers was visited by a number of different compliance companies, but they told us we were the only ones that treated them as experts. We were also already familiar with their products and processes through our work on their WEEE waste, and so were a proven entity.

Ann Summers was one of the first companies to sign up to WEEE Ireland, which is administered through the WEEE Register Society. The  latter’s principal function is to register and monitor WEEE and battery producers in the country.

However, the rapidly-growing retail company did not appreciate from the outset the in-house expertise required to oversee the collation and submission of monthly compliance data for WEEE waste in Ireland, which takes place via an online reporting platform owned by the WEEE Register Society.

As a result, its data records remained incomplete, which led to difficulties when the company was asked by the Environmental Protection Agency (EPA) in Ireland, the regulator for producer responsibility,  to prove its historic WEEE and batteries obligations in the country.

The first thing ecosurety did was to ensure WEEE waste was effectively collected by a certified collector, the data accurately captured, and the waste properly offset against the company’s obligations.

It also supported Ann Summers by acting as a communications bridge between it and the EPA to make sure ensure historic data was properly benchmarked and submitted, within a record six-week period.

To achieve this, ecosurety devised a bespoke methodology that took into account changing product lines over the decade since registration, which had previously made the backdating of obligations almost impossible.

By acting swiftly and effectively, ecosurety made sure the company avoided any prosecution for non-compliance by EPA, despite negotiations continuing beyond the EPA’s deadline.

From the start our role was to fight Ann Summers’ corner, and find agreement on obligations stretching as far back as 2005 so that they could be registered and taken into account. In doing so, we ensured Ann Summers became compliant, both historically and also going forward.

ecosurety was also on hand to provide advice and support on a range of waste compliance matters for the company, so that it could concentrate on its day-to-day business operations.

It was of the utmost importance to ecosurety, that despite the difficult negotiations, and the need to adopt a pragmatic approach towards the data, that Ann Summers’ was compliant and was reporting as accurately and as reasonably as possible.

Since ecosurety’s involvement in the business, Ann Summers’ battery, WEEE and packaging submissions have increased every year since 2008, while its WEEE waste has more than halved, from 224 tonnes in 2009 to 84.4 tonnes in 2014.

It also visits the company’s main warehouse at Paddock Wood in Kent once a year to systematically weigh the packaging of its most important products that season, to ensure the packaging data remains as accurate as possible, despite frequent changes in product ranges.

With the sale of battery products also climbing, ecosurety plans to start weighing batteries to further improve the accuracy of those compliance figures and ensure the company hits its 40% battery recycling target for 2015.

Our expertise and problem-solving intervention meant Ann Summers could deliver a robust set of compliance figures to the EPA that not only covered historic obligations, but also set in motion processes that ensured they met future ones, leaving  the business to concentrate on its core retail operations.

If you would like to find out how we can make life easier for you too, simply get in touch with our specialists.