Does the UK need a sustainability report card?

As it stands the UK doesn't have a single official website that can act as a report card on the country's efforts and progress (and failings) on sustainability. Is now the time?

Every year the world's biggest businesses are required to put out an annual sustainability report outlining their actions to become more sustainable. It's a big undertaking, but the most progressive among them have turned it to their advantage: by embracing sustainability early, the likes of Marks & Spencer are streets ahead of many others in terms of the strides they've made in cutting resource use and telling the story of their journey to customers and stakeholders.

To cut our consumption of the world's resources, and to tackle climate change, these efforts by individual companies are good news. But it's some of the joined up initiatives, around under-pressure resources like palm oil and the rainforests, where the most eye-catching progress has been made. And that tells a story, doesn't it? Sustainability is a collective effort requiring joined up action, and it is the world's governments that are best-placed to link up their actions coherently and make a big difference. 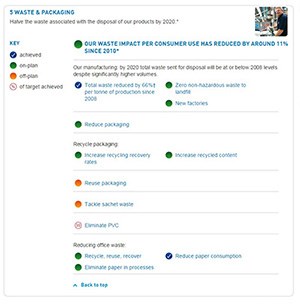 Debate and target-setting on climate change and sustainability takes place among governments, of course (see the United Nations Framework Convention on Climate Change). That's what creates the agenda for the way ahead. But why aren't governments reporting on their efforts and progress in the same level of detail and with the same public accountability as the largest corporates? If M&S or Unilever have to put out a highly visible annual sustainability report (pictured left) that's detailed and rigorous and accountable, where are the similarly high profile official country reports that do the same?

As it stands the UK doesn't have a single official website that can act as a report card on the country's efforts and progress (and failings) on sustainability. Given the importance of the issue, don't we think it should have? Every other country will need one, too, of course.

Some data gets published by government departments and agencies here and there (for example Sustainable Development Indicators (SDIs)), plotting progress on various fronts, whether the metric is food waste or household energy consumption or the changing face of the country's energy mix. But there is nothing that pulls it all together comprehensively and with authority and flair - just do a search for 'sustainability' on the government website. At ecosurety our latest lunchtime debate revealed that as an organisation we really think there should be something like this in place: an online one-stop-shop with brilliant visualisations and infographics and all the key data illustrating the country's progress (or lack of) from the top down on every important metric: CO2 emission targets, air quality, the energy mix, food waste, energy intensity of transport – you name it.

That's not to say we think the responsibility for sustainability falls on government. It doesn't. But capturing what's working and what isn't in a public, accountable and inspiring way would be a big step forward. If the UK is to transform itself through collective effort into a low-carbon, low-resource-use economy, we need more accountability and lots of well-told stories that are properly grounded in the data to show the way ahead.

In this election year it's unrealistic to expect a project like this to take flight in the next few months, but when we get to the other side of May this simple, powerful project should be on the new government's agenda (whatever that government looks like in party political terms). Sustainability is a huge challenge that will be won over decades rather than years, but it needs engagement hour by hour and day by day by a huge number of us if it's to happen. Every day and every step will count along the way, and for that you need some reference points that challenge and motivate.

As ever, the clock is ticking. Now has to be the time to get started. 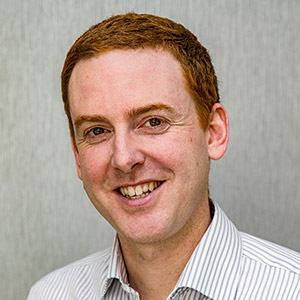 Read More >>
Post-COP opportunities for the waste and resources sector