This city-wide reusable 'returnable' cup scheme aims to help tackle single-use cup consumption. The Scheme is the final of eight projects to secure funding from the £1million Ecosurety Exploration Fund.

Ecosurety and environmental charity, City to Sea, today on World Refill Day announced the launch of the innovative Bristol Refill Cup Scheme, a city-wide reusable ‘returnable’ cup scheme which will enable consumers to ‘borrow’ a reusable takeaway cup from a café and then return it so it can be reused.

The Bristol Refill Cup Scheme will be piloted across Bristol by Autumn 2022 as part of City to Sea’s award-winning Refill campaign and app.

The Scheme is the final of eight projects to secure funding from the £1million Ecosurety Exploration Fund which supports projects that aim to reduce the environmental impact of packaging, batteries, or e-waste through innovation or research.

Will Ghali, CEO of Ecosurety, said: “We are excited to be part of the Bristol Reuse Cup Scheme via our Ecosurety Exploration Fund. This initiative is a fantastic opportunity to accelerate a shift in consumer behaviour by making it easy for people to use refillable cups when they are on the go.

“It is through these collaborations that we will continue to demonstrate our commitment to finding viable and tangible solutions to the challenges that packaging waste poses to the environment.

“Alongside the introduction of mandatory take back of disposable cups by 2024, we believe that reusable cup schemes have an important role to play in reducing disposable packaging waste at point of sale and helping people to reduce their carbon footprint and the amount of packaging they use.

“We look forward to seeing the public’s positive engagement with the scheme and hopefully a UK-wide rollout of the initiative in the near future.”

Jane Martin, Head of Development at City to Sea, said: “Our Refill campaign already stops over 100 million pieces of plastic a year, but we are ambitious to do more.

“By expanding the Refill campaign to help people not only find free drinking water and other locations to refill on the go, our goal is to turn the tide on single-use plastic across the city – helping to keep our streets, parks and iconic harbourside free from pollution.”

City to Sea says the reusable ‘returnable’ cup scheme is designed to prevent 250,000 single-use hot drink cups from entering the waste stream every day. The project will act as a pilot to better understand the most effective way to operate the system and engage the public before rolling it out in other major cities across the country in the future.

The Bristol Refill Cup Scheme will enable businesses to subscribe to the scheme and order reusable cups at a low-cost subscription basis. Customers who come in for a coffee will be given the option to have their coffee in a single-use cup or a reusable cup - with the environmental benefits communicated to them.

Retailers will use the Refill app to scan a QR code on the cup to transfer the ownership of the cup to the customer. Customers can then use the app to manage the cup and to check for notifications of when and where to return the cup. When the cup is returned to participating retailers, it will be scanned back in, washed, and reused.

The Refill app helps consumers to find numerous locations to eat, drink and shop with less plastic. The Bristol Refill Cup Scheme will be the first of its kind to direct people to ‘borrow and return schemes’ through the Refill app.

New research released today by City to Sea to mark World Refill Day, suggests that the cost-of-living crisis is forcing consumers to make less sustainable purchasing decisions and making it harder to avoid single-use plastic, despite this still being a big concern for 95% of people surveyed.

The research reveals that cost now ranks higher than sustainability with 40% of consumers citing cost as the biggest barrier to them reducing their use of single-use plastics. 48% of Brits report that they have changed where they shop or what they have bought in the last six months, and 60% are now prioritising cost over any other criteria.

Almost two thirds of those surveyed (63%) said they felt frustrated (31%), powerless (21%) or angry (11%) about the amount of plastic that comes with their weekly shop; with almost another quarter feeling sad (13%) or worried (11%). However, 93% of people surveyed said they would like to see more refill and reuse options available reflecting a desire to “do more” to tackle plastic pollution.

Read the rest of the research findings here 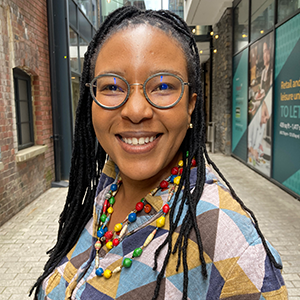 Mma-tshepo joined Ecosurety’s Marketing team in 2022 as our Communication and PR Specialist. She is responsible for implementing our PR strategy and creating a variety of engaging B2B content for external communications. She also looks after our social media channels and website.