Iceland is calling on the retail and wider business sector to become more transparent in their reporting of plastic packaging.

Joining forces with Friends of the Earth, Greenpeace, A Plastic Planet and Surfers Against Sewage, Ecosurety member Iceland is calling for the retail and wider business sector to commit to enhanced transparency in reporting on plastic consumption.

Keep Britain Tidy and international development charity Tearfund are supporting the call for greater transparency, as are the Environmental Investigation Agency who together with Greenpeace produce an annual survey on plastic usage by supermarkets.

Step up and commit

Richard Walker, Managing Director of Iceland, said: “Our message is clear. Without transparency, and government enforced reduction targets, we will not be able to judge whether business actions are delivering real progress. That is why today Iceland is calling on retailers and other businesses to step up and commit to publishing their total plastic packaging transparently, including both own label and branded products."

"For several years now, businesses have been using incomplete information to represent the scale of their plastic packaging, their commitments to change, and the progress being made. We will all be better served by a more accurate and transparent picture on this issue.”

“What we are asking from all major retailers and businesses is straightforward as they are already subject to PRN reporting and will be in the future to the Government’s planned EPR scheme, so this will require no extra costs or resources.”

“We have a huge challenge ahead that can only be solved by businesses and policy makers working together, in tandem with fully informed consumers sharing a completely clear picture of both the country and individual businesses’ total plastic packaging. Increased recycling is important but won’t solve the issue on its own. Regulated commitments to reduce plastic pollution are also vital if we are to deliver positive progress in the face of the sheer scale of plastic making its way into the environment.” 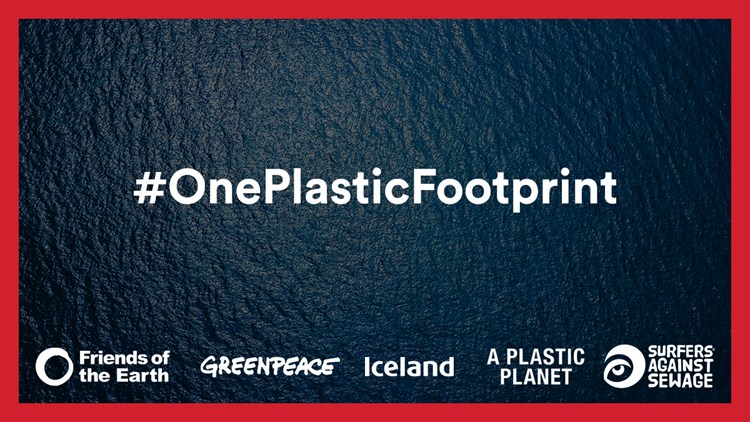 Ecosurety client services manager, Abigail Warren, commented “We’re proud Iceland selected us as their valued compliance partner to help them achieve their continued commitment on plastics. As a leading compliance scheme focused on change for good, we look forward to continuing to work with Iceland to better understand their plastics usage and to support their industry leading objectives.”

Iceland made a commitment on its own label plastic packaging in 2018, promising to regularly update its customers along its journey, and it is now once again leading the way by proactively publishing its full plastic footprint.

Iceland committed to eliminate all plastic packaging from its own label products by the end of 2023, and it has now made significant progress in reducing the plastic it uses. In total, by the end of 2019 it has removed 3,794 tonnes out of the 13,000 tonnes the business was using in January 2018 – equating to a 29% reduction.

The figures released today include Iceland’s primary packaging along with the secondary and tertiary packaging used to deliver food to its stores, alongside the packaging for the brands it sells, with figures reported separately for its UK and international businesses. They reveal that Iceland’s total plastic packaging footprint for its UK and international operations is over 32,000 tonnes and includes more than 1.8 billion items of packaging and almost 93 million plastic bottles.

We can only solve this crisis by working together

“Our figures show that two thirds of the plastic packaging we sell relates to brands rather than own label. When we made our commitment to eliminate plastic from our own label products by the end of 2023, we were aware that we would have to take further steps to lead the way in the fight against the scourge of plastic. That is why as well as calling on fellow retailers, businesses and the Government, we are also publishing our first plastic packaging footprint to reflect both our impact and the challenge that lies ahead. We can only solve this crisis by working together,” Richard Walker added.

Greenpeace UK plastic campaigner Nina Schrank commented “There’s nothing like transparency about a problem to force companies to tackle it, and that’s true of throwaway plastic too. Iceland has made a bold and brave move by publishing their plastic data, and we urge other retailers to follow suit. If UK supermarkets are underreporting their packaging, ocean plastic pollution could be far worse than we thought and wildlife could be even more at risk.”

“UK supermarkets are starting to cut the amount of single-use plastic packaging they produce, but we need them to move faster and think bigger. The government can make a big difference by setting legally-binding targets, pushing retailers to cut their plastic packaging in half by 2025. Supermarkets can do it, they should do it, and the government ought to be watching to make sure that they all do it.” 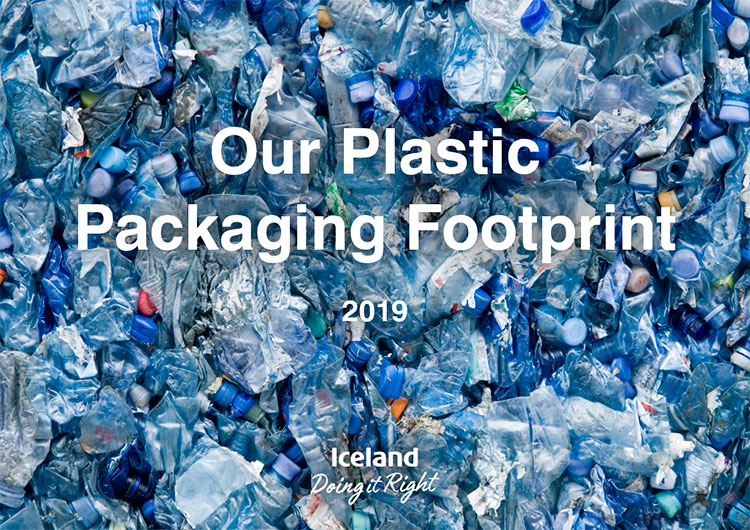 Unleash the power in your data

Ecosurety can support producers with in-depth data analysis and bespoke dashboards to help them track their own plastic packaging targets, or those set by the UK Plastics Pact, for example. Contact our team to find out more.

Ben joined the team at the beginning of 2015 to help drive the marketing communications for Ecosurety, working closely with all areas of the business to help spread the good word!