Plastic is fantastic (just not when it’s single-use)

After attending a recent event to highlight the problem of plastics in the ocean, we were struck that people don’t really understand the reality of the problem and what they can do to help

Everyone knows that plastic lasts a great deal of time but after one of the ecosurety team attended a recent event to highlight the problem of plastics in the ocean, we were struck that people don’t really understand the reality of the problem and what they can do to help.

In 2015, Bristol has been designated European Green Capital and ecosurety is proud to be part of the developing green economy in the South West. As part of a number of events going on in the city to celebrate all things green, a film and video event was held in the centre of the city as part of the Bristol Festival of Ideas, shining a light on the pollution of the world’s oceans and attended by our very own relationship team manager, Robbie Staniforth.

A video documenting the construction of the Bristol Whales sculpture in Millennium Square, showed just how commonly plastic waste is being created. The sculpture depicts two whales swimming through a sea of plastic bottles, which were collected from the Bath Half Marathon and the Bristol 10k running events.

The thing that shocked Robbie most was how much of the waste which is created in urban environments eventually ends up in the sea. “One of the videos showed Natalie Fee collecting plastic waste from the banks of the River Avon after a high tide. I couldn’t believe how much plastic she collected in just two minutes and there were very few other materials collected from the river bank. Plastics particularly are a real problem and if not collected from the city river banks, of course they’ll end up in the sea.”

The video was created by the organisation City to Sea to provide viewers with a clear link between the plastic they throw away and the pollution of the ocean. Those of us who live miles away from the sea can find it difficult to identify with problems that seem so far away. The video showed that waste produced in cities can, and often does, end up becoming ocean pollution. It’s estimated that 80% of all ocean pollution is plastic.

Bristol Water has installed a drinking fountain near the sculpture to provide an alternative to single-use plastic bottles. Bristol residents are encouraged to fill up a reusable bottle – a much better use of plastic. It is hoped that a network of fountains may be rolled-out in the city.

It’s not all doom and gloom though; ecosurety is part of the reason that the UK recycling rate for plastics is so high and, in turn, ocean pollution is reduced. However, as part of our responsibility to work higher up the waste hierarchy, we thought we’d show what practical steps can be taken to reduce the consumption of single-use plastics: 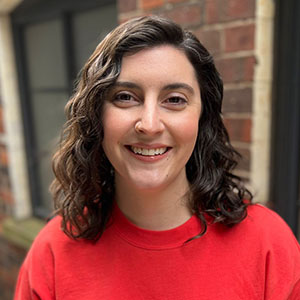