A recast of the EU Regulation on persistent organic pollutants (2019/1021) was adopted on 20 June and is set to significantly impact costs for WEEE producers.

Persistent Organic Pollutants (POPs) are substances that were historically used in the manufacture of EEE (electrical and electronic equipment) as a fire retardant for plastic casings that were exposed to heat, for example.

Whilst their use was phased out in recent years, historically POPs were used quite widely and can now be found in significant proportions of WEEE reaching waste treatment facilities, including both household and B2B products such as appliances, IT and telecommunications equipment.

Chemicals classed as POPs persist unless destroyed or irreversibly transformed and have the ability to bioaccumulate in the environment. Since they have been used in EEE for a long period of time there is a high probability that POPs have entered our ecosystem, accumulating into food chains. As such they pose a risk to human health and the environment.

The Industry Council for Electronic Equipment Recycling (ICER) recently found that POPs in WEEE are far more prevalent than originally anticipated, with some WEEE plastics falling foul of the legally allowed limit in categories such as display equipment.

Consequently, plastics derived from these streams can no longer be recycled without the separation of the PBDE (polybrominated diphenyl ethers) containing fraction. This must then be destroyed or transformed in compliance with the regulation.

This information has led the Environment Agency to clarify how this waste must be treated, resulting in a significant proportion now being classified as hazardous waste, when previously it was not. The new clarification came into effect immediately, resulting in higher treatment costs for common items of WEEE.

The current threat to WEEE recycling infrastructure is knowing how much additional funding will be required for the treatment of the pervasive hazardous chemicals, as the scale of the changes and the investment required are still not clear.

The first issue lies in identifying WEEE containing POP’s to ensure it is not recycled, recovered, reused or reclaimed with non-POPs containing material, to avoid further contamination.

Waste management processes must then be in place to adequately destroy, or irreversibly transform, POPs within the material. Stricter controls must also be adhered to that impact the consignment and administration of waste treatment and a sophisticated update in Duty of Care is required.

A significant increase in treatment costs

On top of this concern is the fact that new European regulations came into force on 16 July that lowered the threshold limit for POP-PBDEs from 2,000mg/kg to 1,000mg/kg. This is set to half again to 500mg/kg by 16 July 2021. Clearly, the amount of WEEE falling foul of the legislation is set to increase.

Ultimately, we are expecting a significant increase in the cost to recycle WEEE. Increased recycling costs inevitably mean an increase in recycling evidence costs for EEE producers complying with the regulations.

Whilst we are certain that costs will increase, projecting exactly how much they will increase by is still uncertain. Ecosurety will be keeping a close eye on the situation and we will update our WEEE compliance members accordingly. 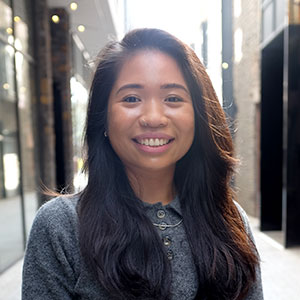 Erika is one of our expert account managers, helping our many members comply with the regulations and identify ways to make an impact on UK recycling. She is a natural fit at Ecosurety, thanks to her passion for the environment. Erika is a keen volunteer for good causes and also works on a personal project to provide information to end consumers regarding their impact towards the environment.