Government committed to publicly consult on introducing two new extended producer responsibility (EPR) regimes by the end of 2022 - could bulky waste be one of them?

Bulky waste was outlined in the Resources and Waste Strategy as one of five problem areas to be explored, alongside fishing equipment, textiles, tyres and construction waste.

The term bulky waste has emerged from the Controlled Waste Regulations 1992, which cites the types of household waste where a direct charge to the occupier is permissible (all other collections must be free at point of collection to citizens). While these chargeable activities range from garden waste collection to the disposal of deceased pets, the definition which specifically relates to bulky waste is contained in Schedule 2:

(a) a receptacle for household waste provided in accordance with section 46 (of the Environmental Protection Act 1990); or

(b) where no such receptacle is provided, a cylindrical container 750 millimetres in diameter and 1 metre in length.”

Ostensibly, bulky waste such as unwanted furniture might not seem as large a problem when thrown away as, for instance, waste electricals. However, there has been a growing recognition that the chemicals used in seemingly innocuous items have human and environmental health implications.

For instance, in 2019 the Environmental Audit Committee released a report detailing ‘Toxic Chemicals in Everyday Life’, highlighting the importance that these items are diverted away from landfill. In fact it recommends that Government “should introduce an EPR to enable the furniture industry to invest in technology to ensure the safe disposal of hazardous wastes containing harmful chemicals such as brominated flame retardants”.

A broad sweep of categories

Due to the unknown material nature of a given bulky waste item, thorough research surrounding scoping and liability will perhaps need to be even more considered than the other four waste categories listed for review.

The proliferation of items such as sofas and household white goods will need clear investigation into their current end of life treatment, the market data and in-use profile. Presumably, this will lead to a broad sweep of categories, as granular detail could over-complexify administration across the potentially numerous waste classification types. 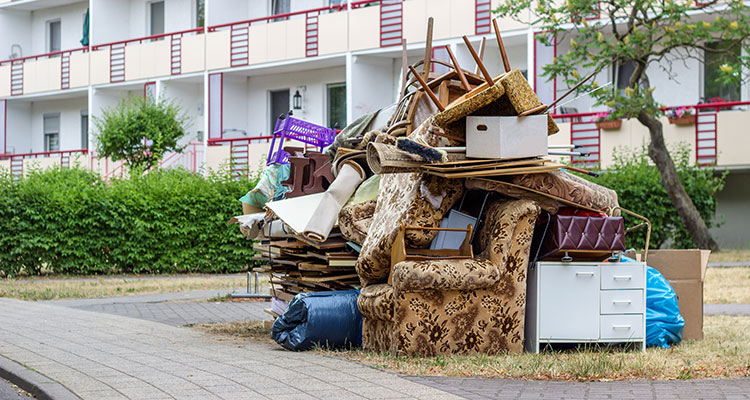 Taking furniture as an example, France implemented an EPR scheme for furniture in 2012. Covering both household and professional waste, the intended monetary generation was over 300 million euros per year. The policy intention was to not only stimulate the recycling infrastructure around these items, but to create an industrial infrastructure around furniture waste management that might create jobs and encourage more sustainability in, for example, the wood market.

This led to the creation of multiple companies before the scheme implementation which were unprofitable, and the anticipated boost to the surrounding industry did not materialise. This highlights the need for the development of robust infrastructural and regulatory frameworks before a nation-wide EPR scheme is implemented, especially as bulky waste is one of the rarer materials to be adopted into one globally.

Circularity and keeping existing material within product lifecycle is becoming an increasingly important and visible policy priority, demonstrated for instance in Government’s Circular Economy commitments. This, alongside the issues categorising bulky waste mentioned above, would perhaps lend itself to the introduction of re-use targets, which are currently not present in any EU EPR schemes, bar Spain.

The Preparation for Reuse target outlined in the Spanish Waste Plan 2016-2022 mandates that 2% of all furniture, textiles and electrical appliances must undergo repair and re-sale. Whilst initiating circularity principles, re-use targets may benefit the social sector - for instance by specifying that preferential access is granted for social enterprises into municipal waste collection sites. There is an established third sector re-use network in the UK which could benefit from this type of political intention. 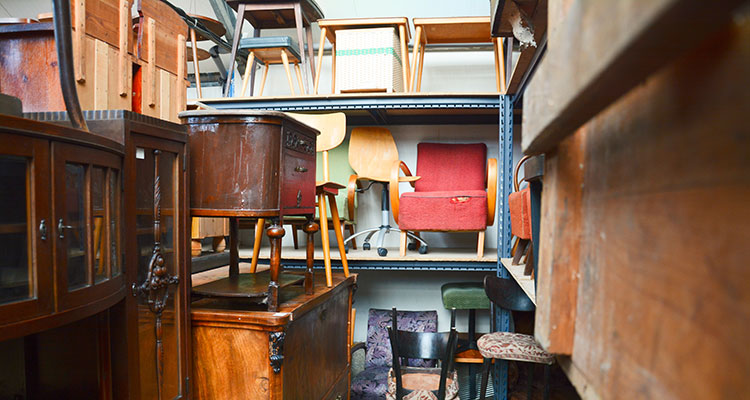 A fundamental objective of an operational producer responsibility scheme is not just an increased revenue stream directed at recycling infrastructure, but a clear impetus to drive sustainable material use and innovation. Therefore, EPR policy must be directed to reduce littered and landfilled items, whilst also creating a feasible market for secondary material.

With a scope as broad as ‘bulky waste’, there is an added objective to create value in materials that have previously had little attached to them, perhaps via more focus on re-use as much of the bulky waste that ends up in Household Waste Recycling Centres has not reached the end of its life. Unlike tyres, for instance, where direct material circularity can be traced and therefore a strict EPR system potentially instigated, perhaps a more flexible system would be best placed in the first instance.

This approach was detailed in Zero Waste Scotland’s scoping exercise for EPR in certain bulky waste streams that termed a ‘pseudo’ EPR model:

Start at the top of the waste hierarchy

To mitigate the issue of “bulky” encompassing a somewhat amorphous group of products, “size” could be a sensible way of defining household items that would be part of the system, as opposed to material type as seen in EPR schemes.

The first instance of consumer disposal could be via established collections for large items, such as contacting your local authority to book a bulky waste collection or encouraging citizens to donate to charities. This represents an opportunity to start at the top of the waste hierarchy pyramid, and a basis for an EPR framework - there are clear disposal routes for bulky waste, and a transparent supply chain for target setting and building collection infrastructure.

This said, a current lack of data surrounding the collection and recycling rates of multiple bulky waste streams and a lack of formality in the re-use sector, means ground work needs to be done.

Policy objectives must be clarified and the surrounding infrastructure formalised to limit the potential environmental damages present in items like mattresses and sofas.

Click here to find out more about other future EPR including tyres, fishing gear and textiles.