Rory Stewart, resources minister, announced during the Plastics 2020 conference held on the 25 November that the government are going to consult on revising the plastic packaging targets.

The UK recycling target in plastic has seen a steady 5% increase since 2013, with 2017 looking to achieve 57%. These were originally set in 2011 but following the ‘Plastic Flow 2014’ report, concerns were raised that data used by Defra when initially setting the five year targets were incorrect.

This year the plastic sector has already showed signs that it will struggle to achieve the required target with plastic recyclers Closed Loop going into administration. Recently, packaging recovery notes (PRNs) have seen prices hitting over the £70+ mark with no sign of easing. With concerns over achieving the 2015 target, things do not bode well for subsequent years.

As a result of this, Rory Stewart, resources minister, announced during the Plastics 2020 conference held on the 25 November that the government are going to consult on revising the plastic packaging targets. Furthering insight from Defra has indicated that they will present a range of proposals for revising the target.

Today, Defra has opened the consultation on both plastic and glass future targets. Responses are due by the 23 December with the results expected in April 2016. ecosurety will be submitting a response on behalf of its members and if you want to share your view please do get in touch. You can find out more about the DEFRA consultation by clicking here.

The revision of material recycling targets is not unheard of. Defra made a similar move in 2014 following corruption within the glass market which led to huge instability in prices in 2012 and 2013 (see our previous story here). This resulted in decreased pressure on glass and ultimately led to a stable price for producers.

Based on this precedent, ecosurety believe that conducting a similar review on the plastic target will be a positive step, whilst still ensuring the UK meet EU packaging targets without the need to place an additional cost burden on producers.

If you would like to speak to our specialists about your packaging compliance, please call us on 0845 094 2228. 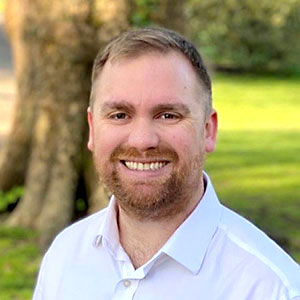 
Reuse Network has today published  up-to-date comprehensive official guidance on Electrical and Electronic Equipment (EEE) repair and reuse. The charity is the UK’s only membership body dedicated to reuse charities.


The Q2 unverified recycling figures released by the Environment Agency are disappointing across most materials, with reduced carry over from 2021.


An initial report released by Zero Avoidable Packaging in waste construction (ZAP) has aimed to better understand the key types of plastic packaging arising on construction sites and identify opportunities for reduction and better management of them across the construction lifecycle.

A new sustainable fashion fair to launch in Glasgow