A 12 week consultation was launched on 20 November, a week after the Environment Act was passed, detailing plans to ban a suite of single-use plastic items.

The consultation is seeking views as to whether plastic plates, cutlery and balloon sticks, and expanded and extruded polystyrene food containers and beverage containers, including cups, should be phased out.

An accompanying call for evidence asks respondents how other problematic items - including wet wipes, tobacco filters, sachets, and other single-use plastic cups - can be challenged and if charges could be appropriately employed to dramatically decrease consumption.

All of the items proposed in the consultation present some issue when it comes to recycling. For instance, EPS is largely unrecycled, in part as it is hard to compact at collection and efficiently transport it. Similarly, multi-material sachets are often too small segregate and clean before they are reprocessed.

It is estimated that every year England uses 1.1 billion single-use plates and 4.25 billion items of single-use cutlery, which are predominantly made of plastic, with only 10% recycled upon disposal.

Government has stated that it will also seek to "[...]put the responsibility firmly at manufacturers’ doors to make sure they are doing everything they can to tackle single-use plastics, including litter from cigarette butts”, synonymous with the ‘polluter pays principle’.

Turn the tide of plastic pollution

Environment Secretary, George Eustace, has commented "There is growing recognition of the damage that plastics cause to our environment and marine life in particular. We want to reduce the use of plastics in packaging and ban its use in items linked to littering."

"We have already banned plastic straws, stirrers and cotton buds and now plan to extend the ban to cutlery and balloon sticks where alternative materials, like wood can be used."

Importantly, if the measures described were implemented this would align England with the EU Single-use Plastic Directive (SUPD) and Northern Ireland, who are obliged to implement some articles of the SUPD under the protocol. 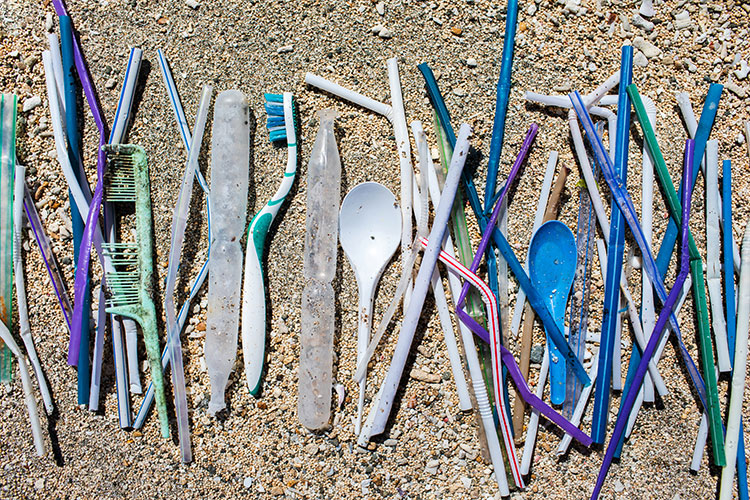 Marcus Gover, CEO at WRAP, said "We welcome the consultation to expand the range of single-use plastic items to be banned in England. Eliminating problematic and unnecessary single-use plastic is essential if we are to turn the tide on plastic pollution and keep plastic out of the environment."

"The UK Plastics Pact set an ambitious target to take action in this important area and its members have already eliminated problematic plastic by more than 40%. We now need regulation to follow and ensure that all businesses take steps to eliminate problematic and unnecessary plastic."

David Scott, Corporate Affairs Director at Morrisons commented "Reducing plastic packaging is one of the top issues our customers care about. We want to help customers live their lives with less reliance on plastic. We’ve already banned many single use plastics across our stores - including plastic plates, cutlery and straws, and we’ve developed recycling systems for soft plastics."

The environment is a devolved matter, therefore each of the four devolved nations can set their own legislation concerning single-use plastics.

England banned single-use plastic straws, stirrers and cotton buds on the 1 October 2020. Exemptions include use of these items for certain medical applications.

From April 2021 the carrier bag charge in England increased from 5p to 10p, and was extended to all retailers, not just those who employ over 250 people.

Upcoming regulatory change such as the plastic packaging tax and packaging EPR will also work to mitigate the environmental impact of plastics, albeit more indirectly. Voluntary agreements, such as the UK Plastics Pact, likewise have an important role to play in committing industry to reduced consumption and better plastic use.

Respond to the consultation and call for evidence

Producers of single-use plastic items, stakeholders of the wider waste and recycling industry and concerned citizens can respond to the consultation and call for evidence, both of which can be accessed using the links below. The closing date for both is 12 February 2022: