Rural communities across Somerset are now able to love and keep their electrical items for longer, thanks to ‘Fixy’, a new mobile electricals repair and reuse pilot scheme.

Fixy provides vital support where access to reliable electronics repair and reuse facilities is often limited. It consists of a project coordinator and a highly visible, branded van full of tools, which has been attending repair groups across Somerset and empowering hundreds of people to understand the benefits of repairing and reusing their electronics instead of ditching them for brand-new ones.

The project has hosted pop-up repair events, provided the tools for electrical repairs, offered electrical safety testing, and inspired residents to consider volunteering or establishing their own repair cafes. It has also provided a ‘tech amnesty’ service, taking donations of unwanted or broken smart tech items. With the help of a local community interest company, these have been repaired, refurbished and distributed to good causes.

Led by environmental consultancy Resource Futures and Somerset Waste Partnership (SWP), with funding support from Ecosurety, Fixy has achieved great success within the first eight months of rolling out.

Fixy attended 58 events and 2,100 people were reached during this period, and 40 potential new volunteers were identified.

Mickey Green, Managing Director of SWP, said: “We are trying to move the conversation in Somerset beyond recycling and on to reuse, and Fixy has been a key part of that. What we have seen so far through Fixy is that the interest and appetite is there. People will embrace repair and reuse, even in the challenging field of electricals, if you can overcome the barriers to access.

“Our aim has been to move repair and reuse from ‘niche to norm’ and even in this relatively short space of time it feels like we have taken significant steps in that direction.” 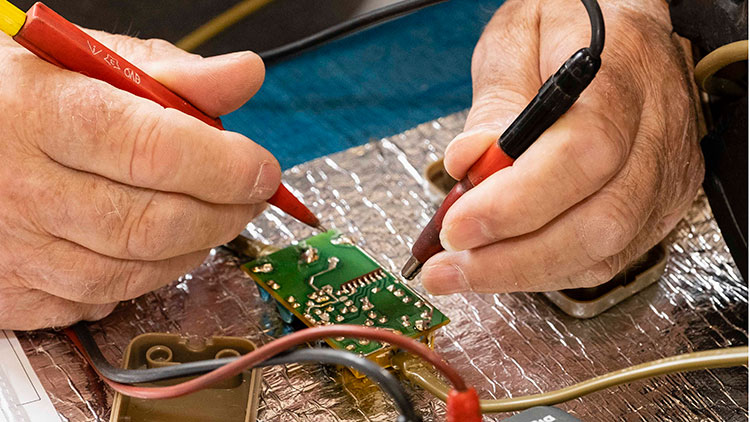 More than 900 items of smart tech were collected through tech amnesties, and many have already been passed on to school children, refugees, and elderly or isolated people, providing much-needed resources to those who could not afford to buy them and addressing digital poverty by diverting Electric and Electronic Equipment (EEE) away from the waste stream and back into the community.

Insights from a survey conducted by Resource Futures at the end of the year have revealed that over half those surveyed said that Fixy had helped them understand more about the importance of repair and reuse: 96% said they were more likely to get a broken electrical item repaired since encountering Fixy and over 70% said they are now more likely to buy refurbished or second-hand electrical items, rather than new. The results demonstrate the positive impact, reach, and potential of Fixy and projects like it.

A blueprint for the future

The successful rollout of Fixy will be documented and adapted into a blueprint of best practice and learnings. The blueprint will be made available in 2023 to local authorities across the UK for them to adapt and implement in communities with limited access to EEE reuse and repair facilities.

Sarah Hargreaves, Behaviour Change lead at Resource Futures, said: “A key element to this pilot project is that we wanted it to be replicable and scalable for other councils up and down the country to adopt similar projects.

“Fixy has shown that despite the scale of the challenge it is possible to change people’s awareness and perceptions. It’s fantastic to hear people say that Fixy has made them feel better informed about where and how they can get things repaired, and we hope other regions can benefit from the findings from this pilot work through our blueprint.”

The first phase of the Fixy project was successfully executed with support from the Ecosurety Exploration Fund. Launched in 2019, the Fund invested £1million in projects that could reduce the environmental impact of packaging, batteries or EEE through innovation or research in the UK.

Commenting on the pilot, Ecosurety's Discovery manager, Gareth Morton, said: “We are really pleased with the results of the Fixy pilot scheme so far which demonstrate the power of providing access and building awareness.

“At Ecosurety, our purpose is to accelerate change towards an environmentally sustainable world and we are happy to have played a small part in empowering the residents of rural Somerset with the tools to make a change. We hope that more businesses and organisations will come on board to make sure that this project extends further.”

Find out more about the Ecosurety Exploration Fund.