From July, colourful solar-powered bins will be installed across these towns in Lambeth to make it as easy as possible for people to recycle empty glass, plastic bottles, and cans as part of ‘#InTheLoop’ initiative part-funded by Ecosurety and launched by behaviour change charity Hubbub and Lambeth Council.

‘#InTheLoop’ is a collaborative initiative which has its roots in the 2018 #LeedsByExample campaign and saw Ecosurety and Hubbub bring together an unprecedented coalition of major UK producers, recyclers, local businesses and a local authority to improve on-the-go recycling for consumers.

The initiative has gained momentum over the past four years, celebrating the success of increased on-the-go recycling rates in over five locations across the UK.

According to a recent study by Hubbub and Lambeth Council, only 6 in 10 plastic bottles, glass or cans end up in the borough’s recycling bins.

With new colourful recycling bins, the ‘Lambeth #InTheLoop’ campaign aims to educate and encourage residents and visitors to recycle while out and about, and therefore improve the Borough’s recycling rates. Residents who live in Brixton will also be able to recycle their coffee cups, thanks to new dedicated cup recycling bins that will be trialled in the town. 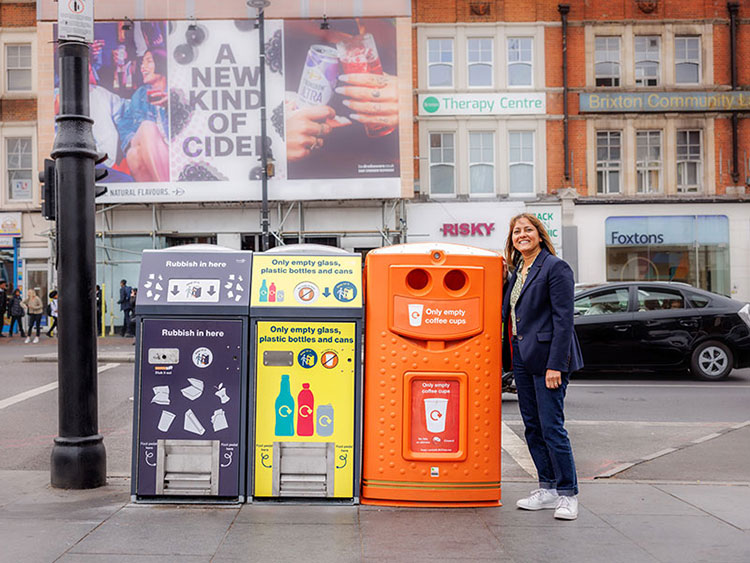 Part of the success of ‘#InTheLoop’ has been the refinement of the interventions with each iteration of the campaign based on key learnings, recommendations, and successes from previous ‘#InTheLoop’ locations.

The ‘Lambeth #InTheLoop’ campaign will feature eye-catching bins with clear messaging, to make it easier for people to know what to put in the recycling bin and reduce the frequency of the recycling being contaminated with the wrong items to recycle. The bins are also solar compacting and fitted with smart sensors to detect how full the bin is. This means that more waste will be captured with bins needing to be emptied less often.

Following on the success of the first on-street coffee cup bins in Wales and Edinburgh, the ‘Lambeth #InTheLoop’ campaign will feature new dedicated coffee cup recycling bins to be trialled specifically in Brixton. The results and learnings from ‘Lambeth #InTheLoop’ will contribute to the development of a blueprint for other local authorities to benefit from.

Gavin Ellis, co-founder of Hubbub, said: “We’re really excited to bring #InTheLoop to Lambeth. As the trend of on-the go consumption is set to continue, we want to give residents, workers and visitors a better and easier opportunity to recycle while out and about.

“Being able to trial these new eye-catching bins in areas with high footfall such as Waterloo, Brixton, Vauxhall, Clapham, Streatham and West Norwood will greatly enable us to measure the effectiveness of the bins. We’re urging everyone to use the new bins and help us ensure that as much valuable packaging is recycled as possible.”

“These new smart bins give us all more opportunities to recycle our rubbish when we’re out and about in the borough. We all want to do our bit when it comes to being environmentally friendly, and this is another way to easily contribute. Using these new bins will also help keep our streets cleaner.

“In Lambeth the number of local people that are recycling at home has gone up over the last year, with the borough becoming the best in inner London. Let’s all try and match that by using these new bins to recycle more when we’re out of the house.” 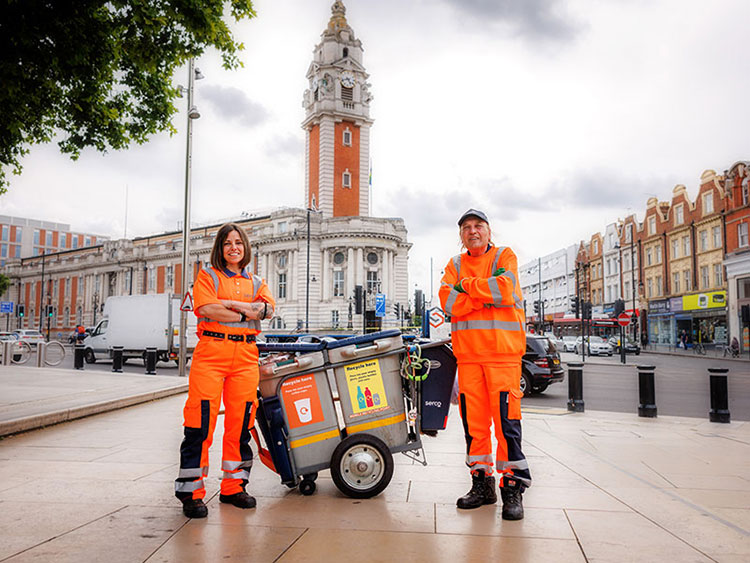 More can be done

Stephanie Housty, Ecosurety marketing manager said: “We are proud to support the roll out of #InTheLoop in Lambeth. It’s encouraging to see how receptive and willing the UK public is to initiatives like #InTheLoop; which provide people with an opportunity to adopt positive behaviours that contribute to improving recycling performance.

“#InTheLoop has proved to be impactful and transformative in delivering on the key objective of the campaign to boost high street recycling rates. We hope that this legacy would be an inspiration to all local authorities to join in similar creative initiatives against the war on waste.”