Following the publication of my blog Sustainable travel, a luxury for the wealthy? a few months ago, we received a number of interesting comments and questions from our readers.

So let's continue our journey into sustainable travel and dig a little deeper into the facts - here is a selection of the most thought provoking comments. 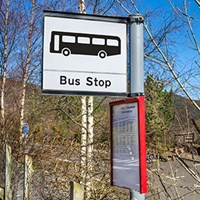 One reader flagged this very important point to me. Connections to the start and end point of your main route are as important as the long part of the journey, something which is often overlooked.

Our ability and willingness to travel by the most sustainable transport options is highly influenced by the accessibility of the starting point of the journey and connection to our final destination. From Ecosurety’s office, for example, Bristol Parkway train station is easily accessible, whereas the bus stations around Bristol are more difficult to get to with the city traffic to battle through.

Getting the train or coach to a remote or rural location is often inconvenient due to the reliance on an infrequent bus or lengthy taxi ride at the other end. So sadly it is not simply a case of picking the greenest transport available!

Diesel vs petrol vs electric

I had two related comments on cars: “Interesting read - large diesel cars are more eco than electric, yet are still going to be hit heavily shortly” and “Who knew an electric car wasn’t that ‘green’ if you were a lone driver?!” 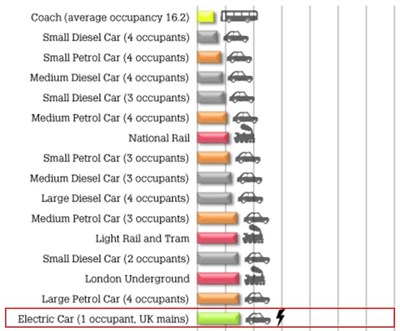 On this graph made by Beagley Brown, some multiple-occupancy diesel cars are considered more carbon-efficient than a single-occupant electric car. When looking at environmental impact from a purely carbon-based point of view, diesel cars can appear better on the face of it.

However, diesel cars release particulates which contribute to local air pollution and smog; this is the basis of the newly suggested penalty for diesel cars. Petrol engines are cleaner, but release more CO2 per mile in general (depending on many variable factors, of course).

I think a lot of people still see electric cars as super-sustainable. They are beneficial in some ways – certainly they produce significantly less road pollution as there is no fuel combustion taking place. However, electricity has to be generated somewhere. In 2014, 84.3% of the UK electricity was generated from fossil fuel sources (coal, oil and gas) which gives electric cars a carbon footprint of their own; only renewable electricity generation is going to remove this.

An electric car charged on UK mains and carrying one person is less carbon efficient, per person, than coaches, trains and tubes are; and produces more carbon per person than multiple occupancy in other types of car. Currently, a solo journey in an electric car is less green than taking public transport or car sharing in a fuel driven car.

Ultimately, the most relevant and useful piece of advice gleaned from this graph for car journeys is to always share where possible – the more people in a car (no matter which car it is) the more environmentally friendly the whole journey is.

“Any idea why short haul flights are more efficient than long haul?” 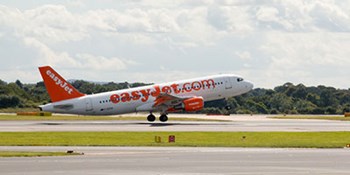 This was one that I wasn’t too sure of, but I’ve done some further investigation and there are a few reasons that short haul flights generally emit less CO2 per passenger mile than long haul. It is not a straightforward answer, and different sources have different opinions on whether short or long haul is more efficient.

The sheer weight of a long haul plane, plus the tremendous amount of fuel is has to carry (about half its weight again), is substantial and contributes to reducing the efficiency of that form of flying. Take-offs and landings burn more fuel, but emissions at high altitude have a greater effect on the planet so there are many factors in determining the impacts of planes.

Ultimately, passenger numbers are key – the CO2 per person, per mile is more affected by this, so what we should be aiming for is optimisation of the flights so that planes are as full as they can possibly be. Much like the car-sharing, this is how the impact of flying can best be reduced.

So there you go - thank you to everyone who sent us their questions and feedback, please do continue to do so!

Post-COP opportunities for the waste and resources sector


There has been quite a bit of activity in the world of policy recently, with some noteworthy developments.